Upon RLI’s initiative, the Rokiškis Regional Museum (“Museum”) collaborated with RLI and experts in several fields to design an informational sign written in the Lithuanian, English, and Yiddish languages that provide local residents and visitors information about the synagogues that once stood on Rokiškis’ Synagogue Street (Sinagogų gatvė).

Prior to World War II, three synagogues stood on Rokiškis’ Synagogue Street.  They were painted, respectively, in the three colors of the Lithuanian flag – yellow, green, and red.  The synagogues were destroyed in July 1941, at the same time that the town’s Jews were expelled from their homes and held in a makeshift “ghetto” before being murdered.  After the war, the only indicator of the prominence of the street to the former Jewish community was the street name itself.  Few Lithuanians have ever visited a synagogue, so even the functions of a synagogue are not generally known.  For this reason, an informational was developed that explained the architecture of a synagogue and the various religious and social activities that would have been held in a synagogue.

The effort to research and design this sign was jointly led by the accomplished Lithuanian architect Aurimas Širvys, who is a native of Obeliai, in the Rokiškis region, and the Museum’s deputy director and gifted historian, Giedrius Kujelis.  Aldona Shapiro assisted them in developing the sign’s counterpart Lithuanian and English and Lithuanian text and the author Ellen Cassedy and members of the Vilnius Yiddish Institute developed the sign’s counterpart Yiddish text.

On September 6, 2015, the European Day of Jewish Culture, the informational sign developed by the Museum, RLI, and others was unveiled on Rokiskis’ Synagogue Street.  There were several distinguished speakers at the dedication.  Perhaps the most poignant speech was that given by Mayor Antanas Vagonis, who encouraged the descendants of the Jewish communities of Lithuania to forge closer ties with modern Lithuania:

We are expressing our joy that you have not forgotten us.  And I want to say more:  Send a message to the whole world that if someone is longing for and would like to get back to their Motherland, we are looking forward to your coming back. …

And I believe that, step by step, we have to come back.  And, on my behalf, I promise, that our people will treat all nations with respect – with great respect. 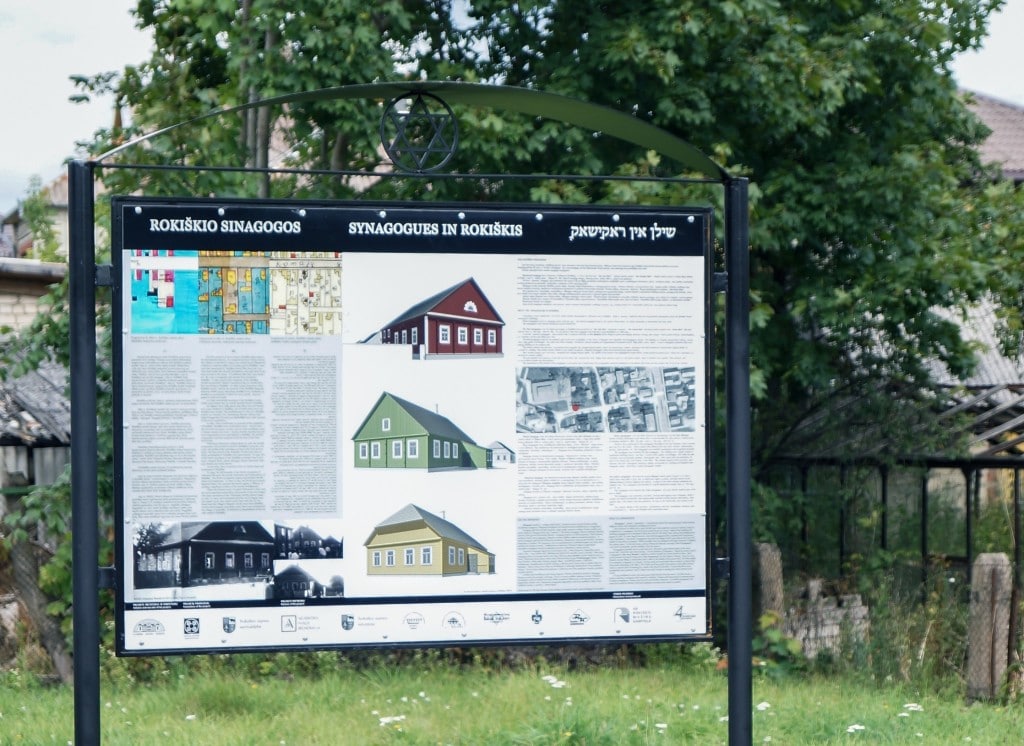 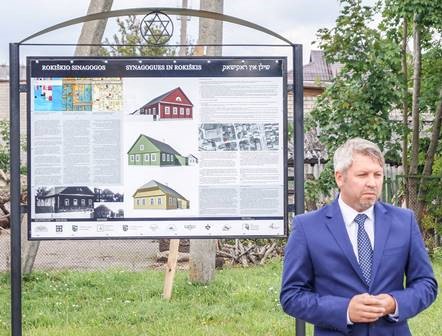