The Names and Homes of the Jews of Dusetos

In the years after the Holocaust, more than 700 yizkor (memorial) books were created for the Jewish communities in towns and regions in Eastern and Central Europe. For the past 30 years, JewishGen, a non-profit organization based in New York, has been leading a volunteer effort to translate these books into English and post the translations on-line. When a book is completely translated, JewishGen publishes an “in-print” version of the English translation. In 2018, the “in-print” version of translated material.

In 2018, JewishGen published an in-print version of the yizkor book for Dusetos, in Zarasai County, Lithuania, and RLI distributed copies donated by JewishGen to several institutions in Lithuania.

Marija Varenbergiene is one of the last residents of Dusetos who remembers when Jews lived in the town, and the day when the Jews were taken out of the town to be murdered. At Marija’s request, local high school student created a Lithuanian version of a map that appears in the yizkor book showing every home in Dusetos in 1940. Marija and Aldona Shapiro then translated into Lithuanian an associated list of the names and occupations of each home’s residents.

RLI then arranged for the creation of a sets of placards showing the Lithuanian map and list of residents and a collection of photographs assembled by Marija. These placards will be used to tell future generations about the Jews who once lived in Dusetos.

On August 9, 2019, Marija presented sets of the placards to Alvydas Stauskas, the director of the Dusetos Cultural Center, and Vanda Stepanaviciene, the librarian of the K. Bugos Library in Dusetos. 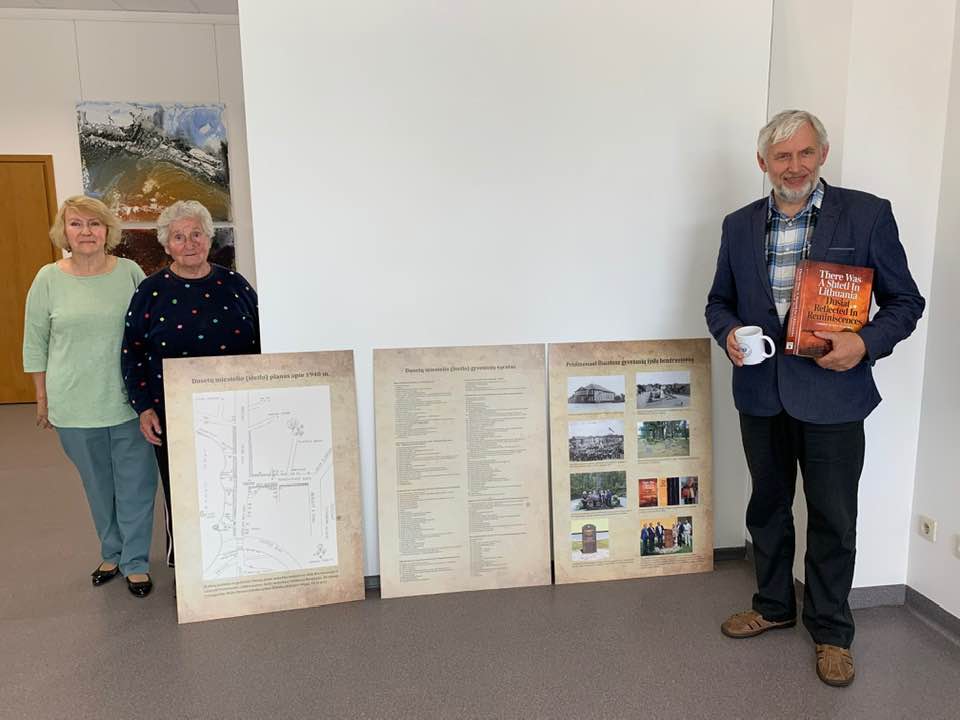 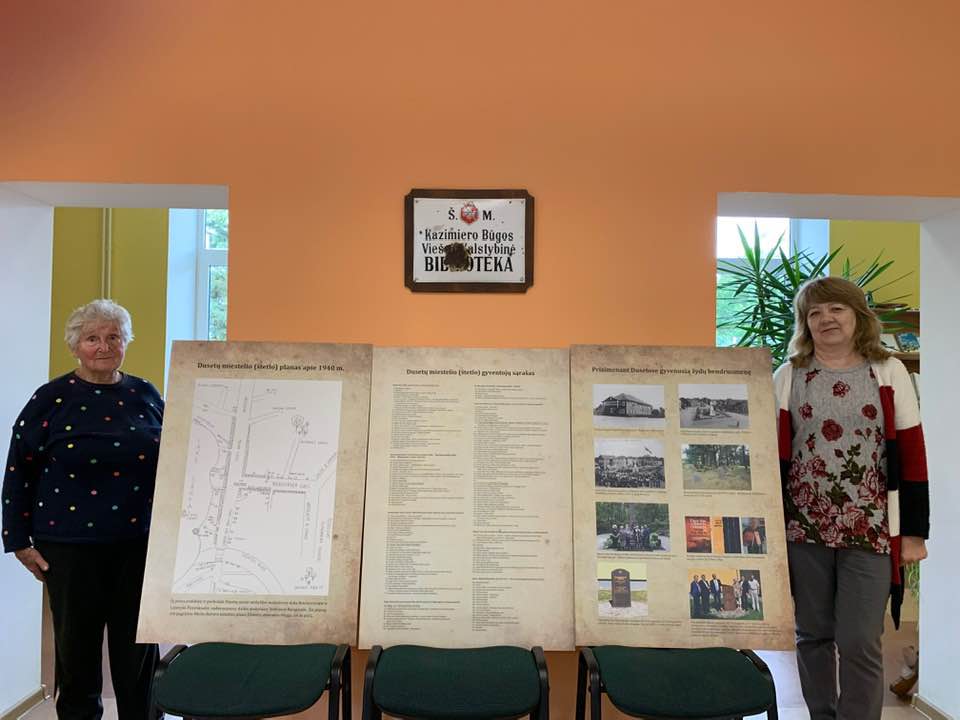