RLI’s first project was to legally protect and mark the boundaries of the old Jewish cemetery in Rakisik / Rokiškis, a town in northeastern Lithuania.

We are grateful to Arvydas Dagys for his efforts in securing the legal status and permanent boundaries of the cemetery and for obtaining the necessary approvals for us to work on improving the condition of the cemetery.

The metal gate and fence were designed and fabricated by the Rokiškis Machine Factory (Rokiškio mašinu gamykla), which was itself was founded by the Samet (Zametas) family of Rokiškis.  We are grateful to General Director Rimgaudas Kilas for supervising the successful design, manufacture, and installation of the beautiful gate and fence.  The team that installed planted the trees along the remainder of the border was led by an experienced forester, Ričardas Mielauskas.

The memorial stone was designed and carved by Albertas Jasiūnas, a sculptor in Panevėžys.  Mr. Jasiūnas also designed and carved the pedestal of the Grieving Mother memorial in Panevėžys’ Remembrance Square (Atminimo skv.).  The stone includes a brief description of the Jewish community of Rokiskis in English and Lithuanian, a passage from Ecclesiastes, and the following an evocative passage from the poem of Lithuanian poet Vytautas Bloze (1930-2016) entitled “The Jewish Cemetery.  For Shalom’ke, my childhood friend,”(Bird in Freedom, 1966)  “fallen asleep in the cemetery, they wait still for their children” („kapinėse užmigę tebelaukia savo vaikų.“) 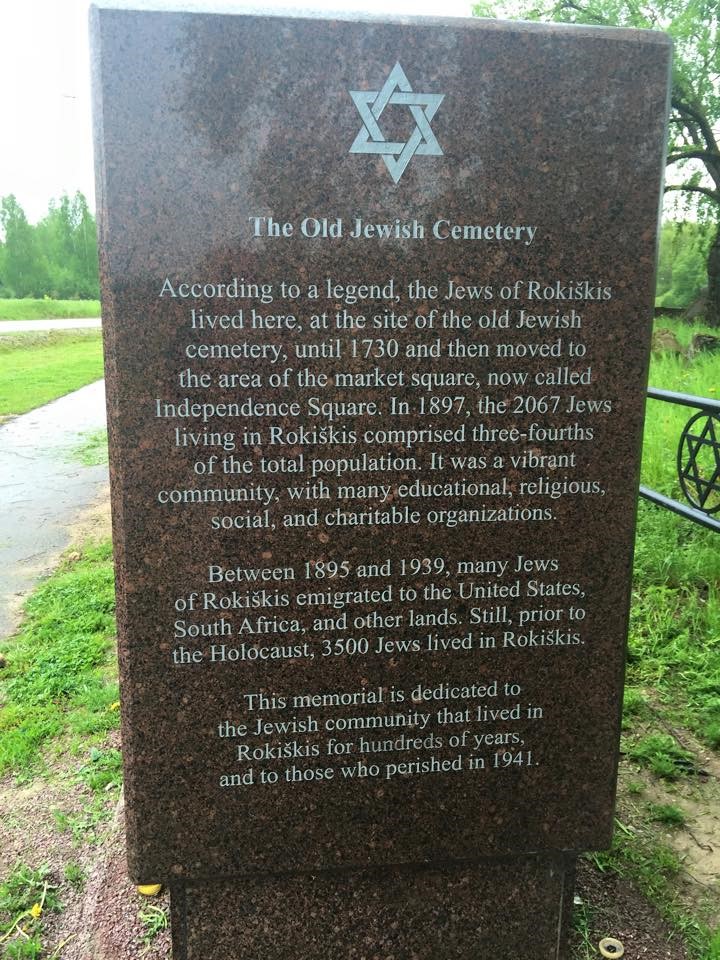 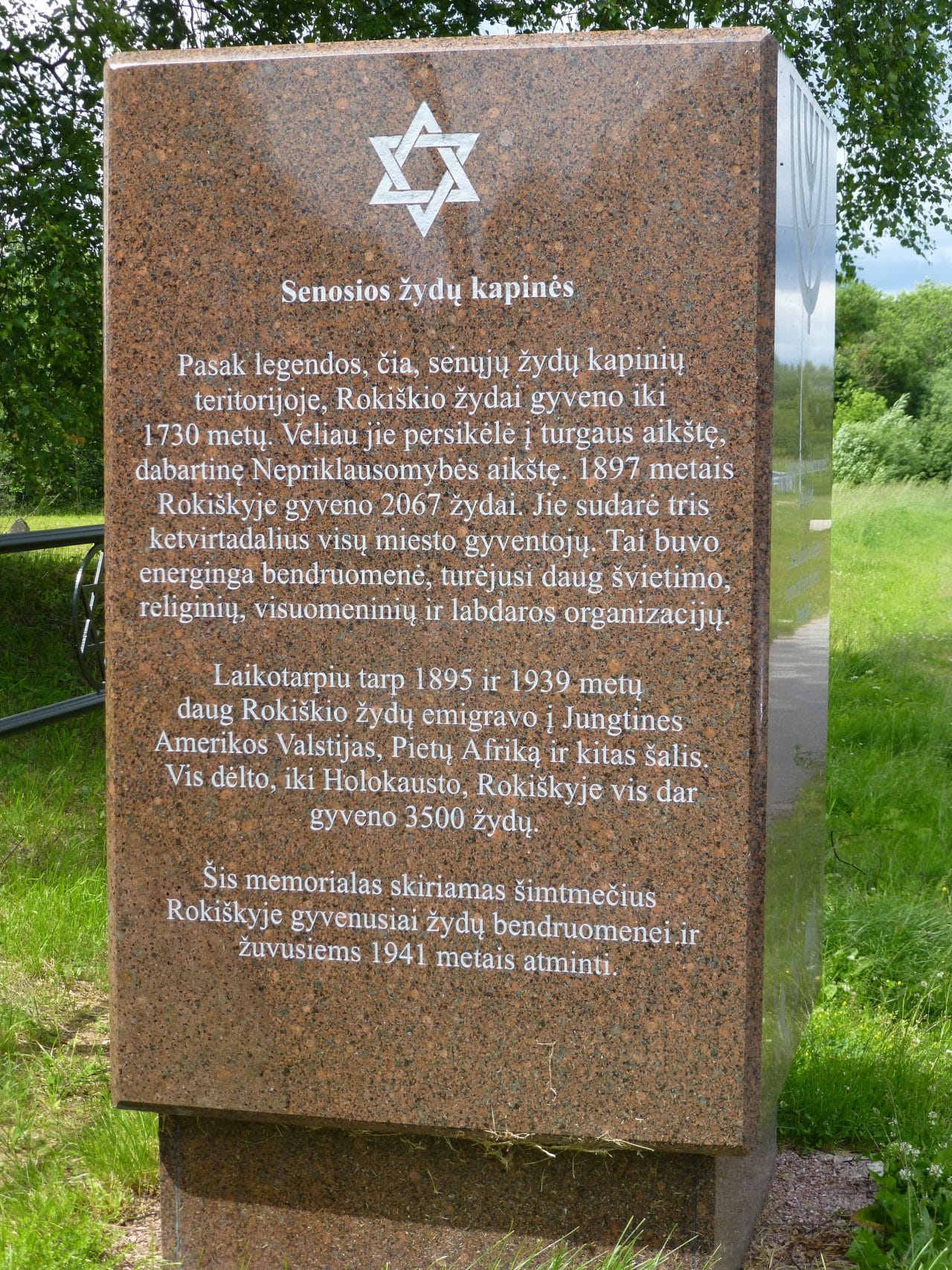 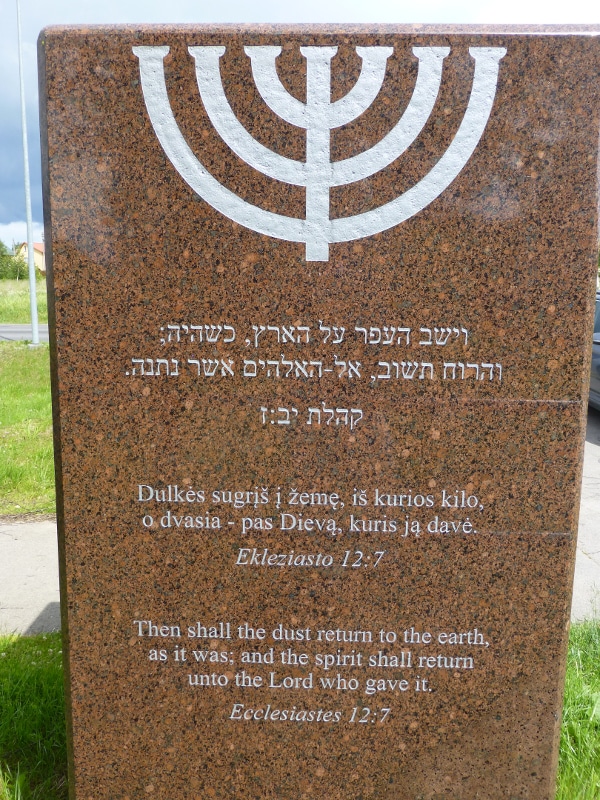 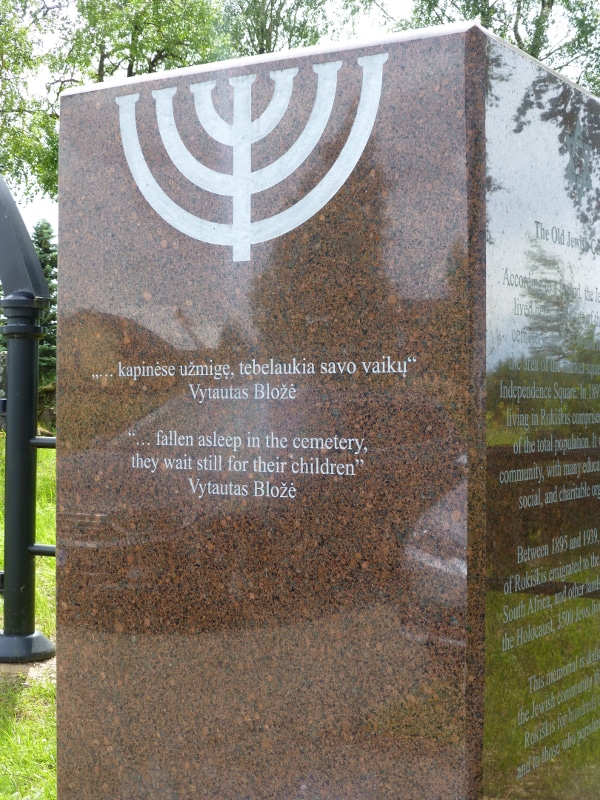 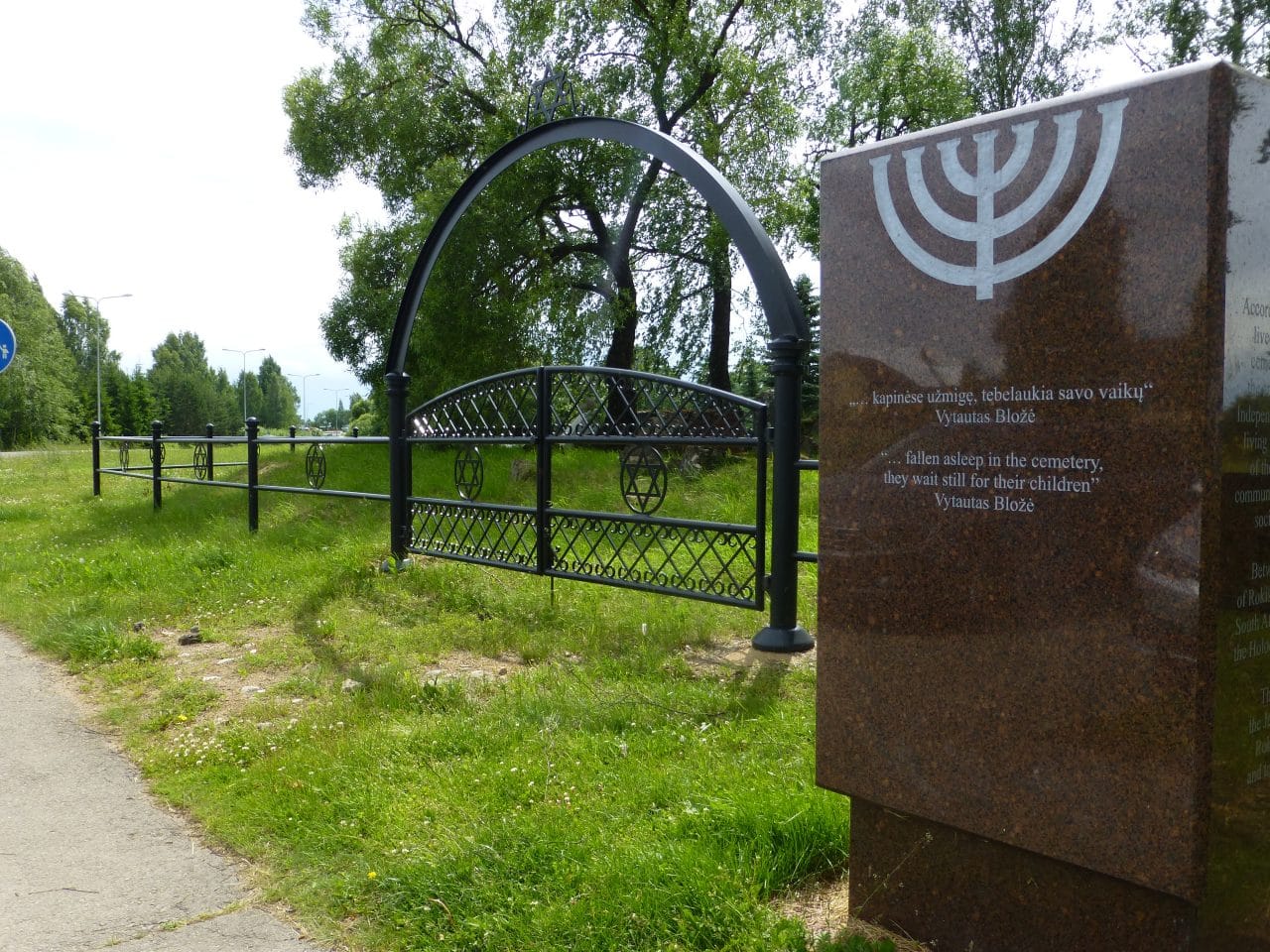 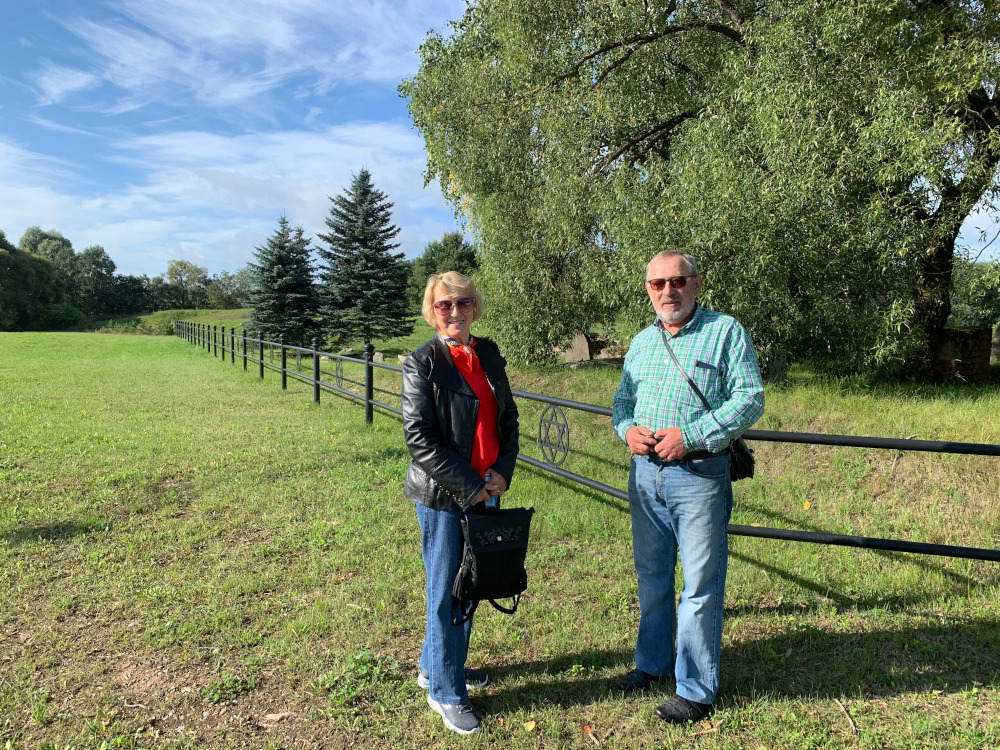 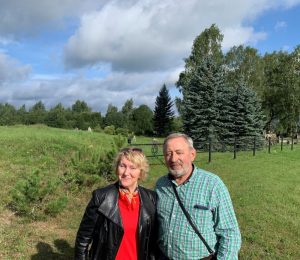 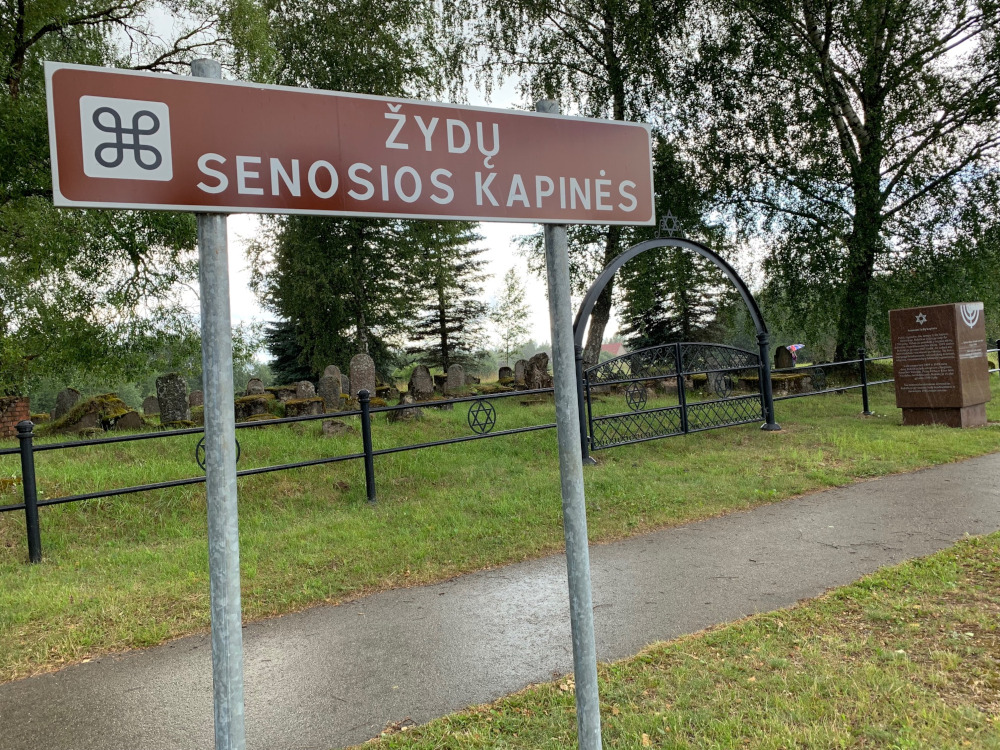 Approximately in 2018, a road sign was installed identifying the location of the old Rokiskis Jewish cemetery.