RLI supports projects that increase the knowledge of Lithuanians and Jews about Litvak history, culture, and values.

In the years after the Holocaust, more than 700 yizkor (memorial) books were created for the Jewish communities in towns and regions in Eastern and Central Europe. For the past 30 years, JewishGen, a non-profit organization based in New York, has been leading a volunteer effort to translate these books into English and post the translations on-line. When a book is completely translated, JewishGen publishes an “in-print” version of the English translation. In 2018, the “in-print” version of translated material.

In 2018, JewishGen published an in-print version of the yizkor book for Dusetos, in Zarasai County, Lithuania, and RLI distributed copies donated by JewishGen to several institutions in Lithuania.

Rimantas Varanavičius and RLI’s Aldona Shapiro attended high school in Kavarskas during Soviet times, when there was no public discussion of the former Jewish community, which was annihilated in 1941.

Rimantas is committed to preserving the memory among Lithuanians of Kavarskas’ Jewish community.  In 2018, he urged Aldona to translate into Lithuanian the Kavarskas entry in the Encyclopedia of Lithuanian Jewish Communities (Pinkas HaKehillot: Lita).  Her Lithuanian translation, which was reviewed by Dr. Lara Lempertienė, the director of the Judaica Research Center of Lithuanian’s National Library, and Virginija Mann, an expert in the Lithuanian language, was the first Lithuanian-language translation of a yizkor-book article that was accepted for posting by JewishGen (compare with English translation).

Architecture of Synagogues in Lithuania and Belarus

Remembering Litvaks, Inc., invited Lithuanian architect Aurimas Širvys to speak to American audiences in March 2017 about his work on projects to restore the condition of surviving structures of synagogues in Lithuania and to create images of lost synagogue buildings.

Mr. Širvys is a graduate of the Vilnius Academy of Arts and works for a private architectural firm in Vilna/Vilnius.  He also has an educational, non-profit organization called Architektūros paveldo rekonstrukcija (Architectural Heritage Reconstruction).  The non-profit is frequently called upon by the Lithuanian Department of Cultural Affairs and regional governments to provide advice on restoring buildings of historical and cultural significance, such as synagogues, churches, manor houses, and town halls.

At the request of the Kupiškis Ethnographic Museum, RLI contributed to the funding and creation of a Lithuanian-Hebrew book of Jewish holiday recipes, Kupiškyje gaminti žydų virtuvės valgiai.  Each dish was prepared according to its recipe and a photograph of the finished dish accompanied each recipe.  RLI was invited to submit a recipe and offered the recipe of Mildred Kramer Shapiro (b. 1924) for farmers’ cheese blintzes, which are served during the Jewish holiday of Pentacost (Shavuos, Sekminės), which is celebrated seven weeks after Passover.  In czarist times, her Kramer ancestors had lived in Vabalninkas, which is 16 miles northwest of Kupiškis.

With the museum’s permission, the book has been posted here. 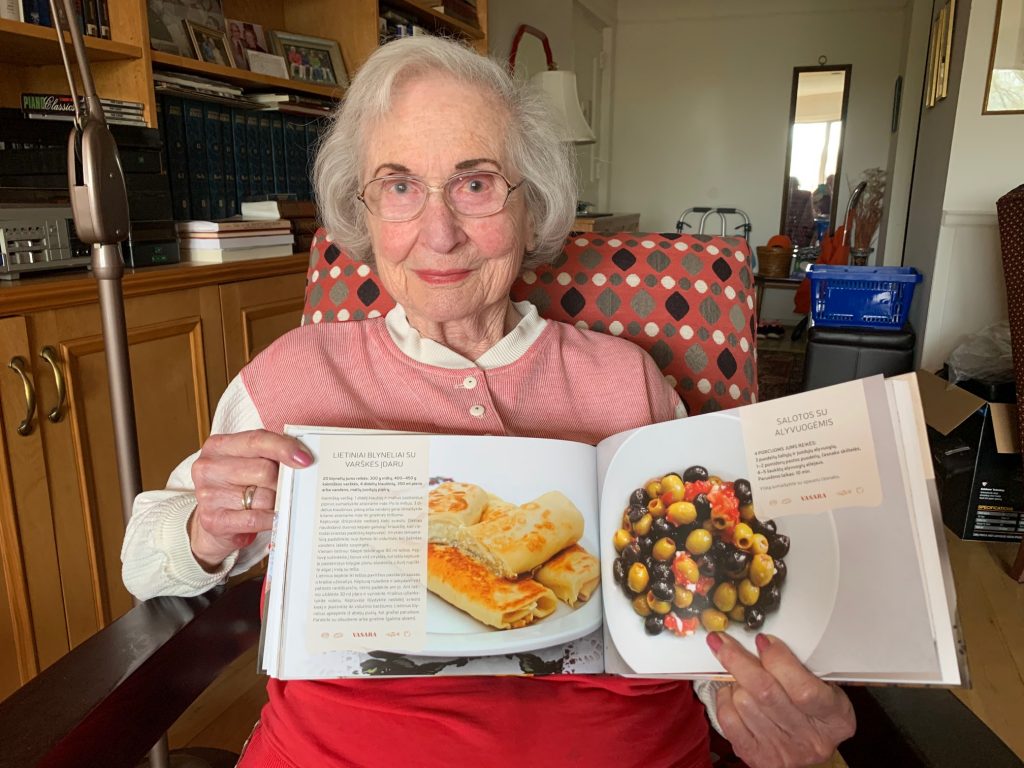 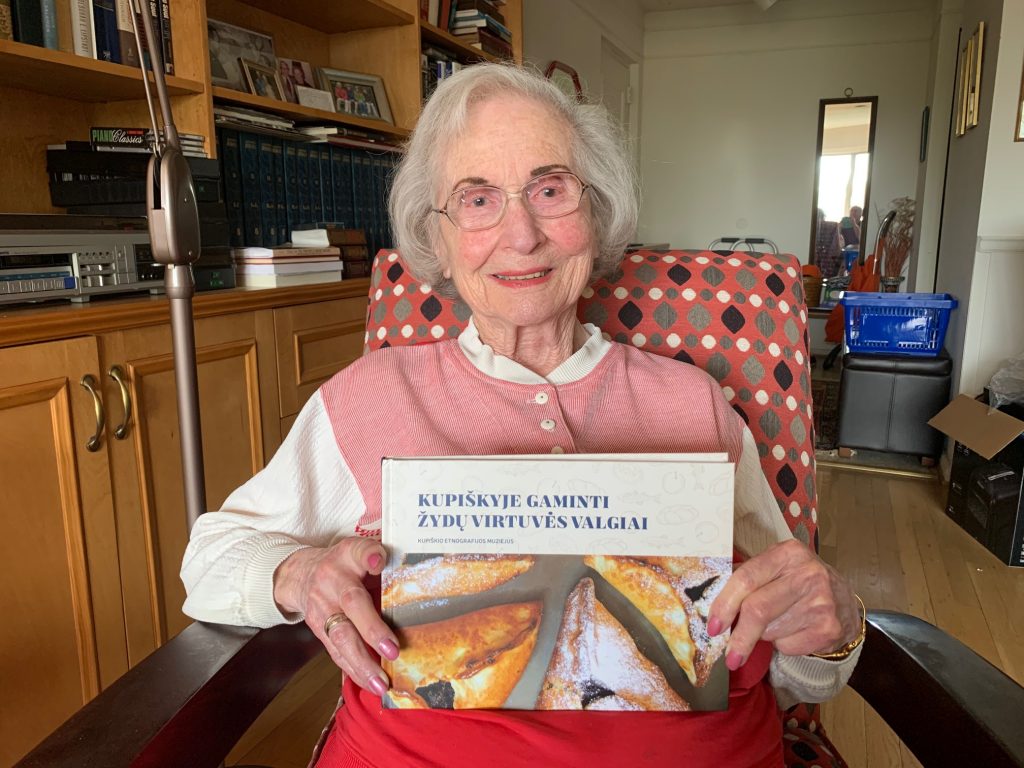 Prof. Hirshe-Dovid Katz (Dovid) is the son of the Yiddish writer Menke Katz (1906-1991), a native of Švencionys who emigrated to Israel and the U.S.  Dovid was born in Brooklyn and received a Ph.D. in Yiddish from the University of London.  Dovid was teaching at Oxford University when the Soviet Union collapsed; and soon after he began teaching at Vilnius University.

For 30 years, from 1990 until 2020, Dovid interviewed many native Jewish and non-Jewish speakers of Litvish-Yiddish who lived in Belarus, Latvia, Lithuania, and elsewhere.  All of these interviews were recorded, and most were video-recorded.

Each of those whom he interviewed during the 30-year period has passed away; and the older audio-recordings are beginning to deteriorate.  Preserving the interview recordings now is of great importance.  For this reason, in 2020 Dovid launched the Lithuanian-Yiddish Video Archives project to digitize the hundreds of hours of recordings and make them available for free to the public and researchers.  The interviews are currently posted online.

RLI and the David and Barbara B. Hirschhorn Foundation have joined with others to support this important preservation work.