Rimantas Varanavičius and RLI’s Aldona Shapiro attended high school in Kavarskas during Soviet times, when there was no memory of the former Jewish community, which was annihilated in 1941. Rimantas is committed to preserving the memory among Lithuanians of Kavarskas’ Jewish community.

In 2019, Rimantas created a Lithuanian version of The Shtetl That Was (1997), a 244-page memorial to the town’s Jewish community which was written by Ralph Jaffe, a Jewish native of Kavarskas who emigrated to the United States before the Second World War. On August 7, 2019, Rimantas formally presented a copy of his translation to the Kavarskas Public Library and Aldona presented the library with an original copy of the book. 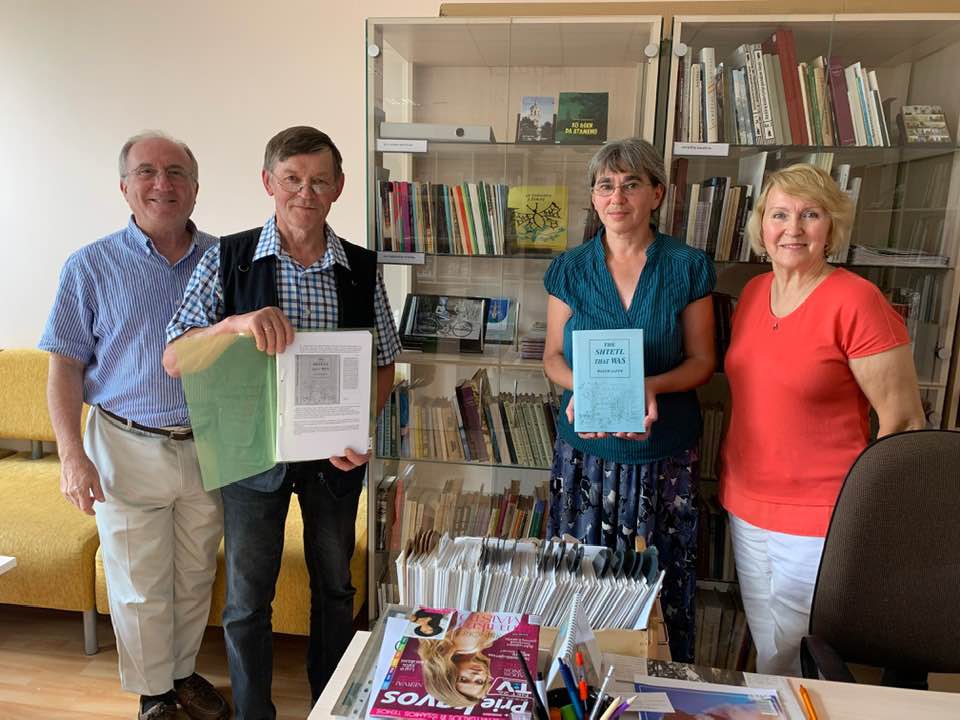