On July 21, 2018, the Rokiškis Regional Museum conferred the 2017 Ruvin Bun Award upon Neringa Danienė (“Neringa”) and the Rokiškis Theatre Association (“RTA”).  In 2015, Neringa wrote an award-winning play, “Nutildytos Mūzos” (“Silenced Muses”), which the RTA staged and performed throughout Lithuania.  The play tells the story of the life, death, and legacy of Matilda Olkinaitė (“Matilda”) who was a rising Lithuanian-Jewish poet who was murdered with her family a few miles west of Rokiškis in July 1941, https://www.facebook.com/nutildytosmuzos.  Neringa was inspired to write the play by a booklet produced in 2014 by the Museum about the lives of Matilda and Sena Meler, another Jewish woman from the region.

The powerful words and actions of the play have had a number of remarkable consequences.  Many Lithuanians who attended the performances contributed to a fund to that was used to create a monument that was placed near the isolated area near the village of Kavoliškis where the extended Olkin-Jofe family were killed.  A local wood-craftsman created a hand-carved giant totem to honor the family which was erected in the village green in Panemunėlis, where the family lived. 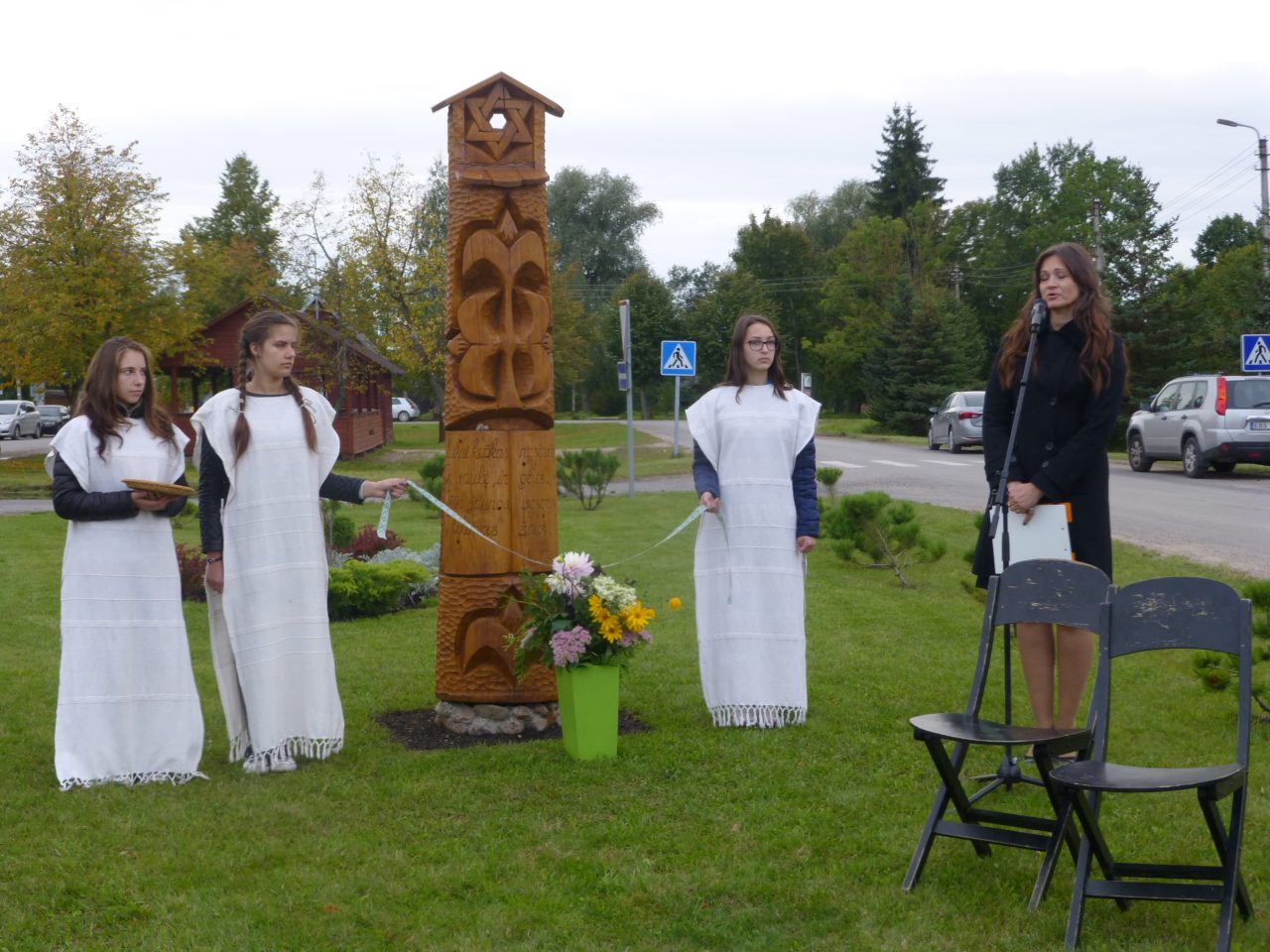 Playwright Neringa Danienė at the dedication of wooden totem in Panemunėlis dedicate to the memory of the Olkin-Jofe families. 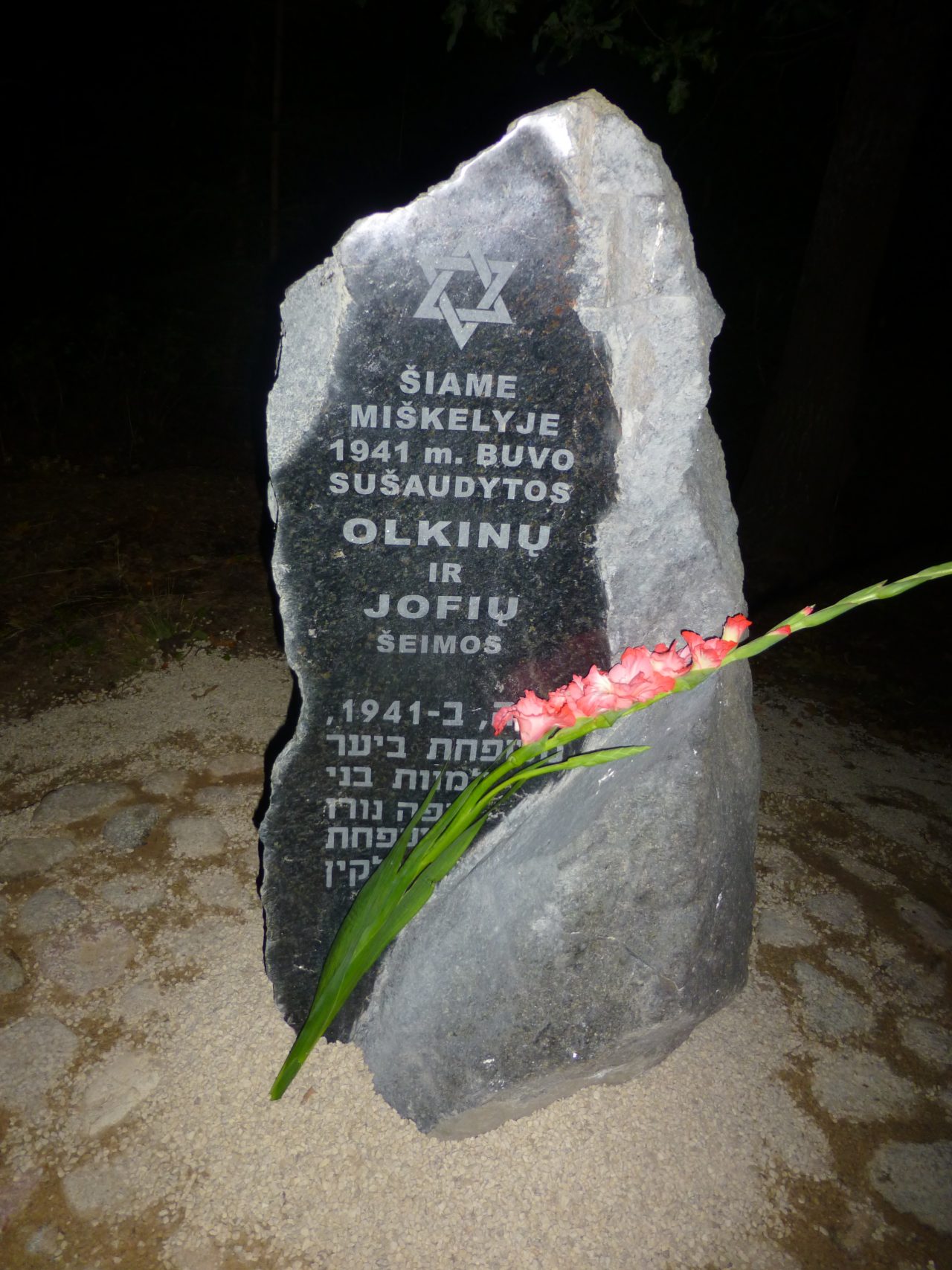 The carved stone memorial placed near the site where the Olkin and Jofe families were killed.  The funds for this stone were donated by Lithuanians who attended performances of “Silenced Muses.”

The play also stimulated an interest in learning more about Matilda’s life and work.  The play has been translated into English, https://www.amazon.com/Silenced-Muses-Story-About-Death/dp/1729488137, a lengthy essay about Matilda written by Lithuanian-American author and poet Laima Vince was published in April 2018, https://deepbaltic.com/2018/05/08/the-silenced-muse-the-life-of-a-murdered-jewish-lithuanian-poet/, and a bi-lingual Lithuanian-English book of Matilda’s poetry and diary entries has been produced.

The Museum has hoped that the Lithuanian government would recognize, mark, and protect the site where Matilda’s family was killed, near Kavoliškis, and another site where 28 Jews from Svėdesai were killed in July 1941.  As a result of the play’s renewal of interest in Matilda’s life and work, in August 2017 University of Hartford (Connecticut) Professor Richard Freund agreed to conduct an archeological examination of both sites.  The research was conducted in July 2018, led by Professor Freund and Vilnius Academy of the Arts Professor Romas Jarockis.  Their research results were presented to the Lithuanian government at the end of 2018.  Also related to that research, the November 2018 edition of the Smithsonian Magazine published an article about Matilda, https://www.smithsonianmag.com/history/young-jewish-poet-words-provokes-soul-searching-lithuania-holocaust-180970540/, and a documentary film about the research is being produced (– a two-minute trailer for the documentary was released in October 2018, https://www.youtube.com/watch?v=jypRpFz9jmY) .

All of this interest in the life of a young Lithuanian Jewish woman is due to the creative efforts of playwright Neringa Danienė and the members of the Rokiškis Theatre Association. 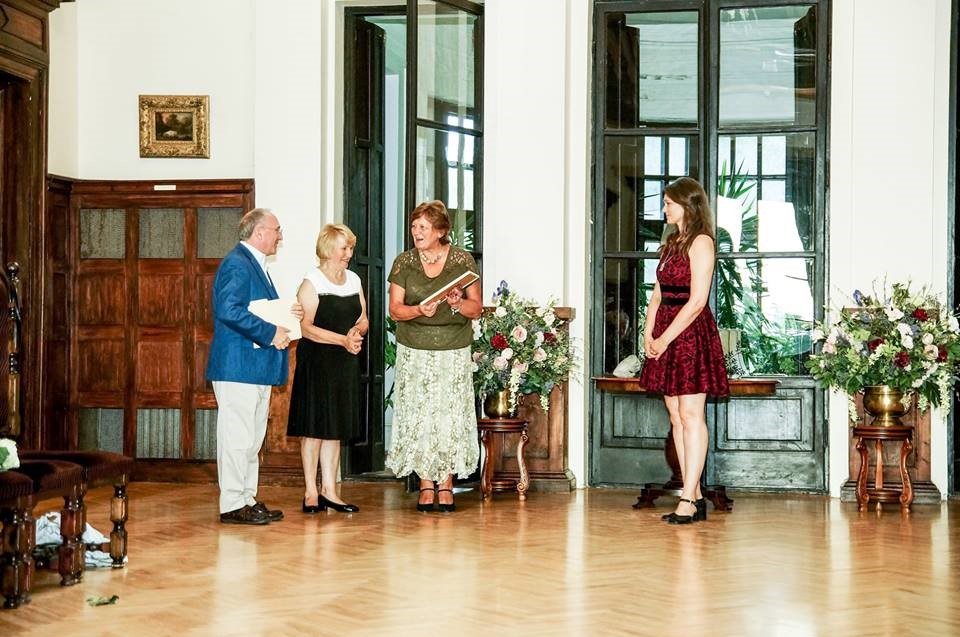 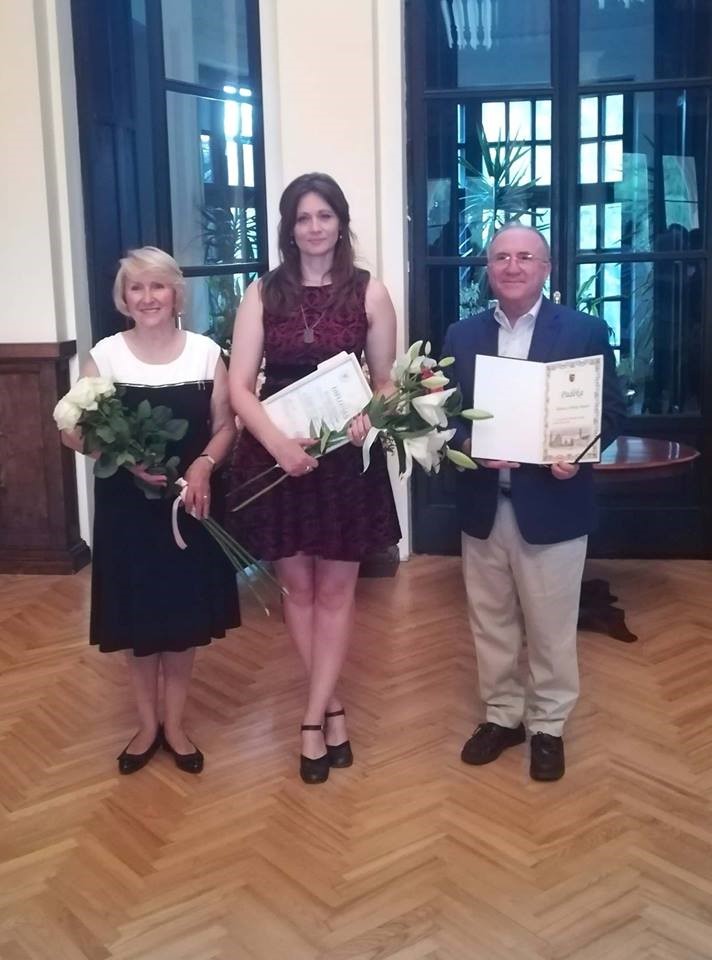 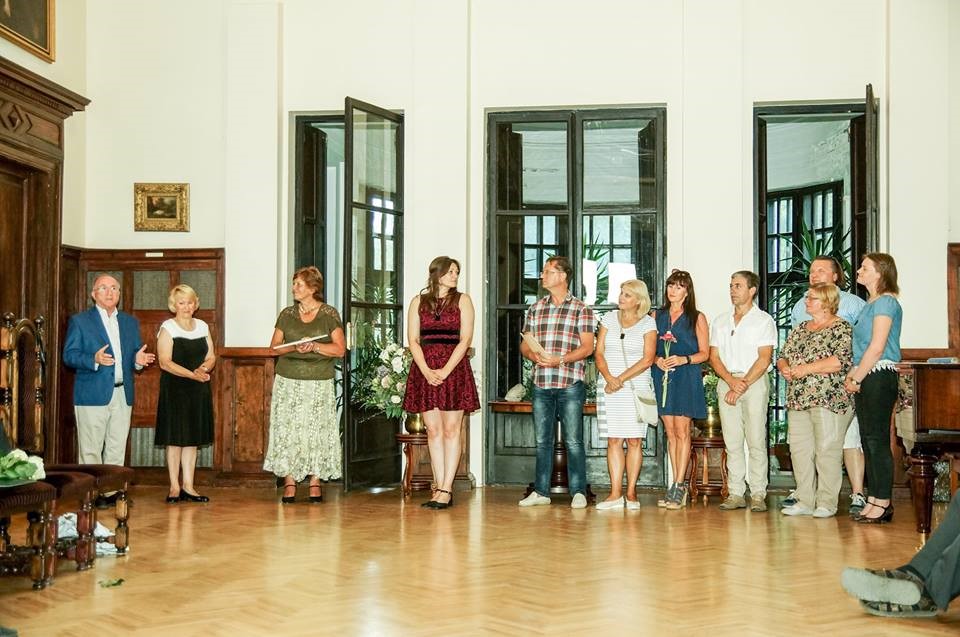 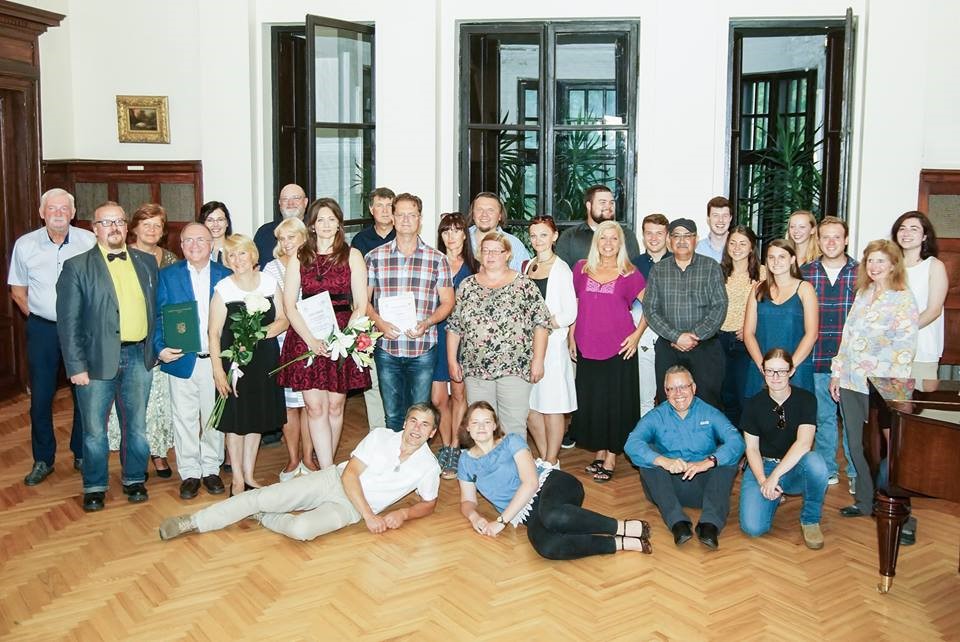 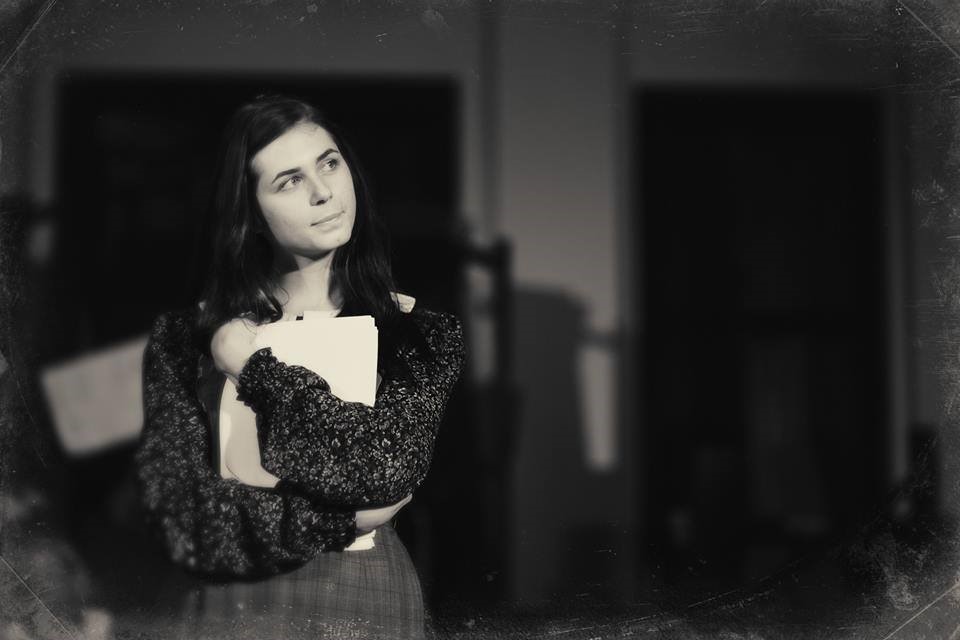 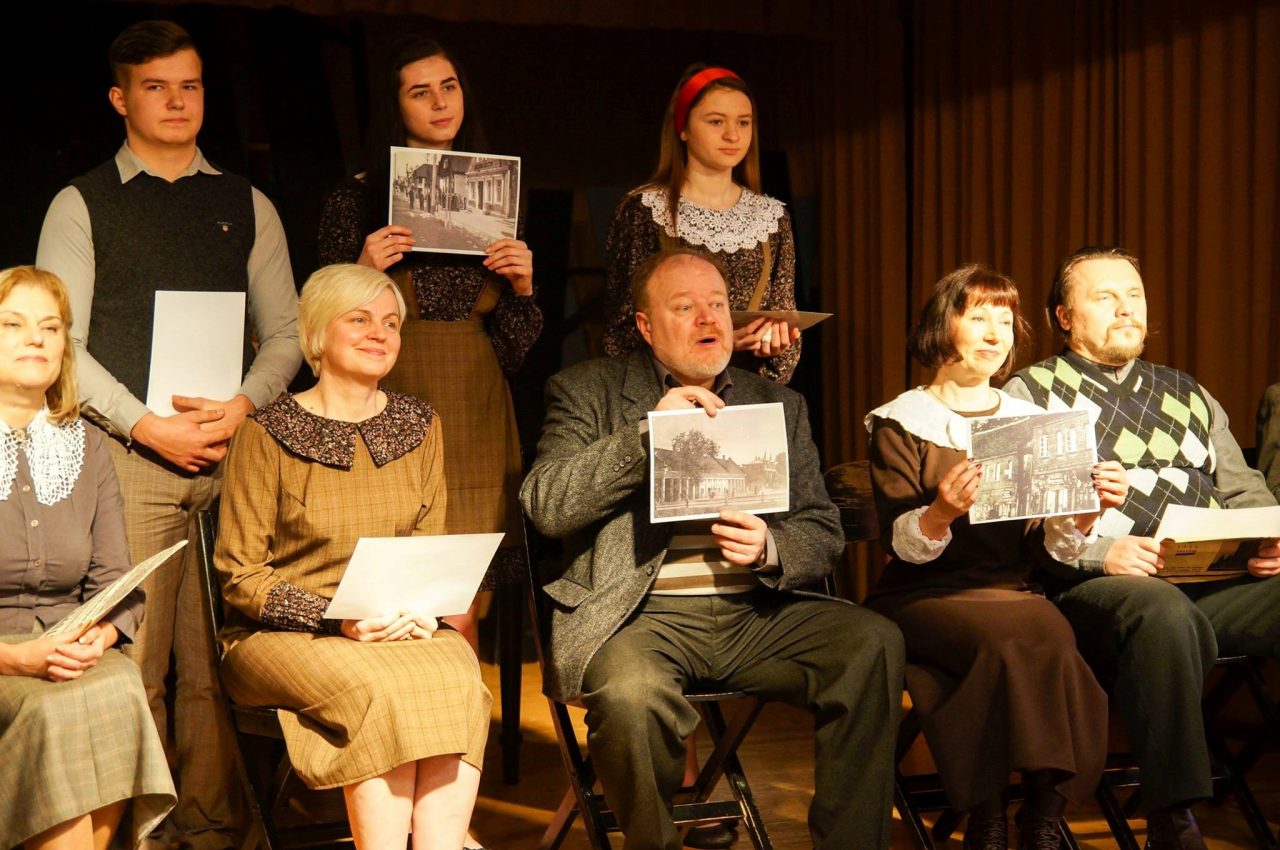 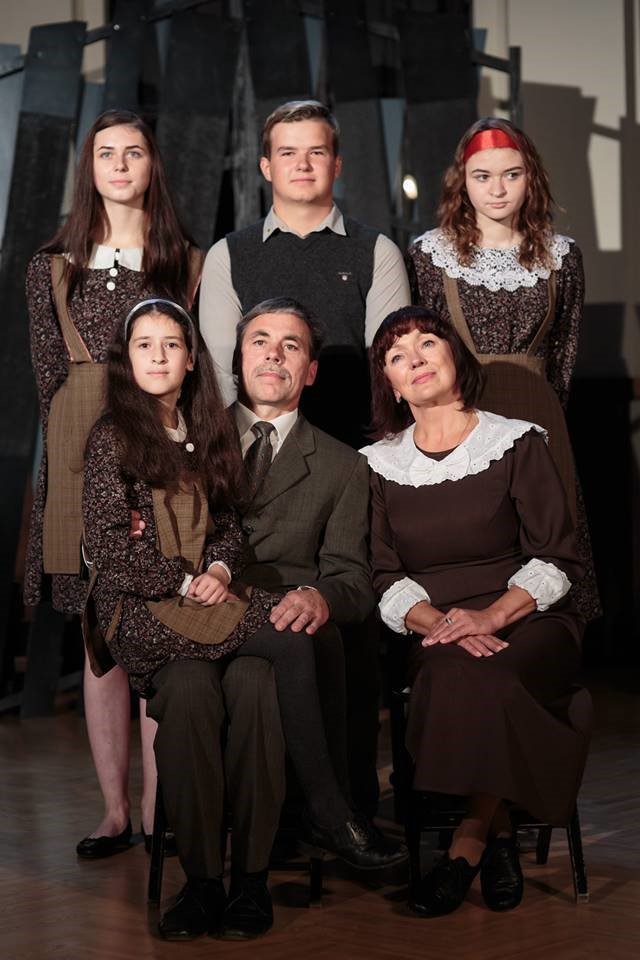 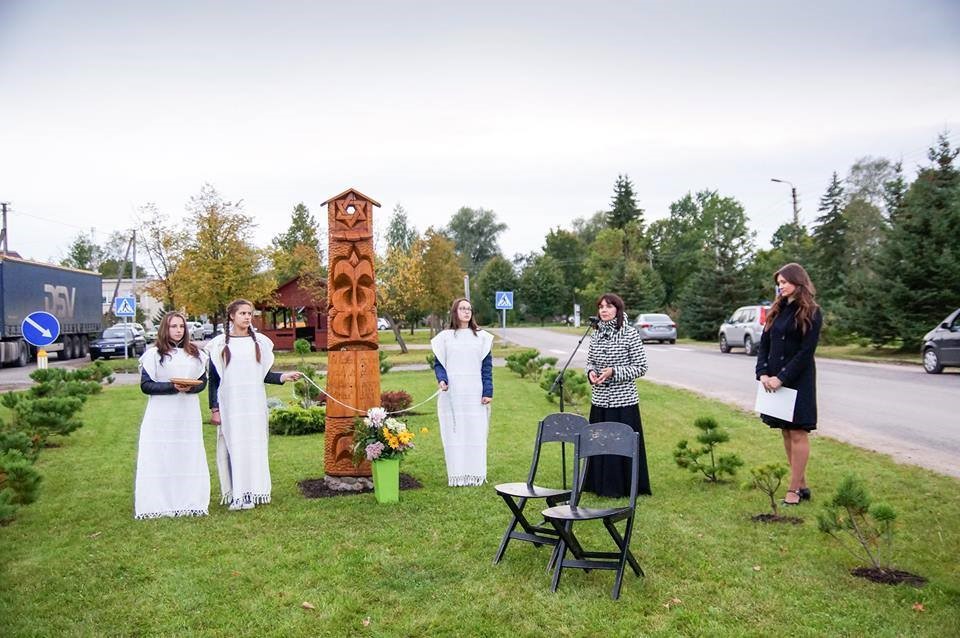 Playwright Neringa Danienė, on the left, at the dedication of the carved wooden totem erected on the village green of Panemunėlis in September 2017. 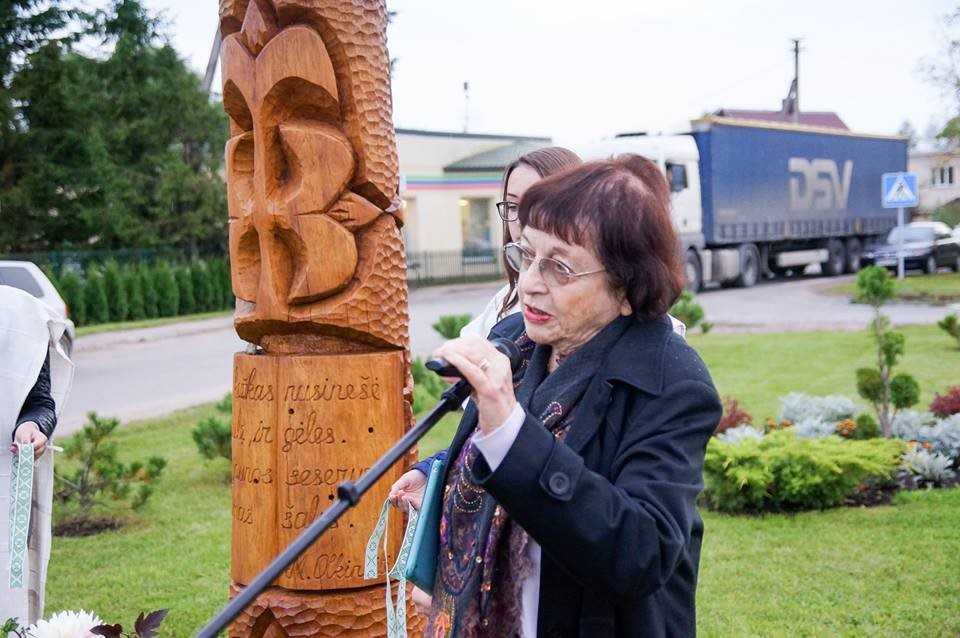